On ships, ballast water is needed to maintain stability during loading and unloading operations and while the ship operates with partial or no cargo or in rough weather.

Ships fill their ballast tanks near the port of departure where various species with a free or floating life stage can be pumped into tanks (e.g. eggs, larvae, spore cysts, adults) and then be discharged with the ballast water in the destination port.

This process allows organisms to travel long distances and be released in areas far from their native range, thereby becoming a non-indigenous species, and, if suitable conditions exist, turning into an invasive species.

The problem has exacerbated as trade and traffic volumes have expanded over the last few decades. 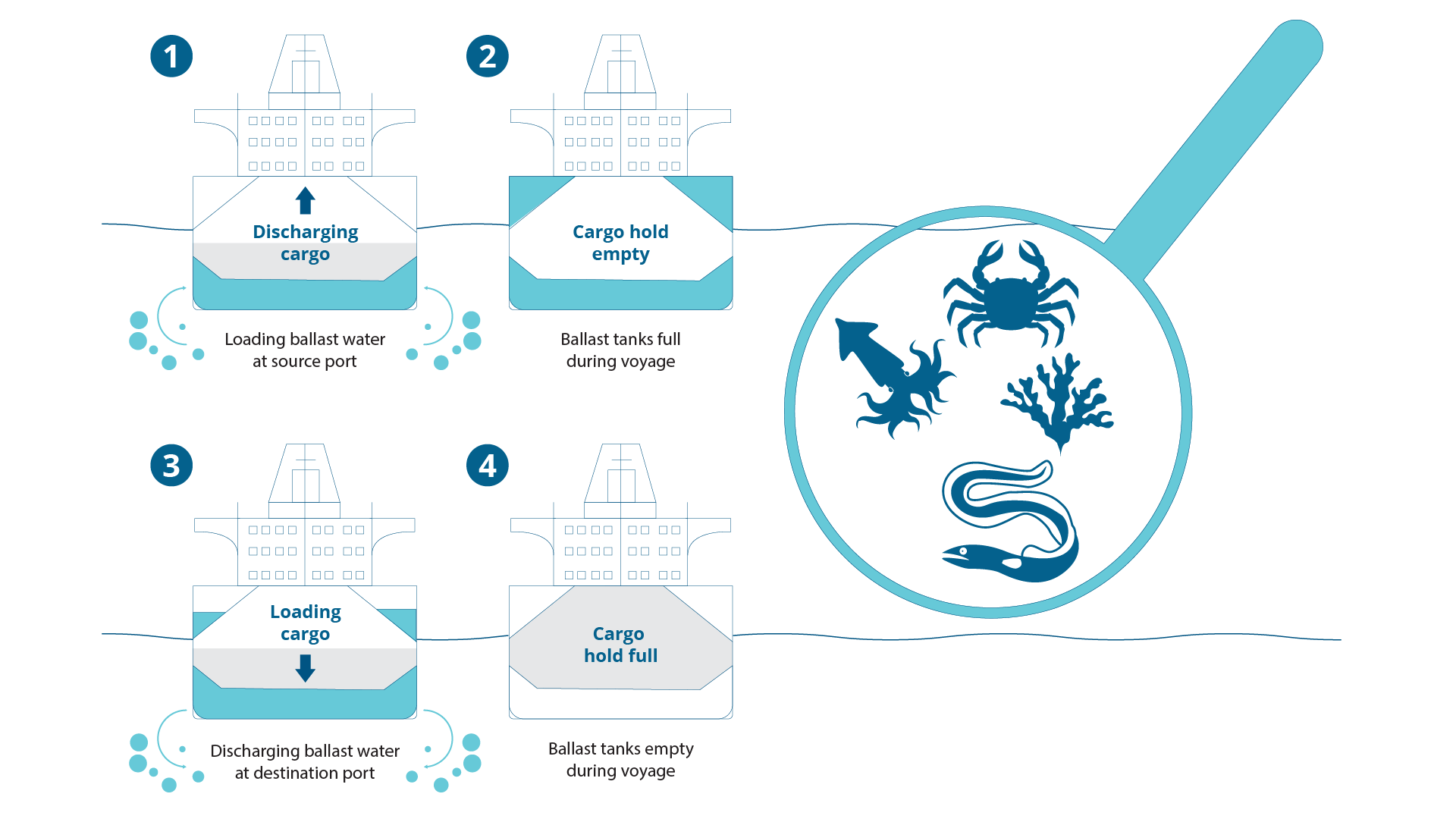 At present there are no direct EU standards on ballast water. However, EU rules on the prevention and management of the introduction and spread of invasive alien species recognises the Convention for the Control and Management of Ships’ Ballast Water as one of the possible management measures for invasive species of concern.

Under a phase-in scheme for the Convention, adopted in 2004, ships engaged in international trade are required to manage their ballast water and sediments up to certain standards until 2024, when they will all have to have onboard ballast water treatment systems installed.

Overall, the level of invasive alien species and their environmental impact is also one of the descriptors for assessing Good Environmental Status under the Marine Strategy Framework Directive.

EMSA has developed guidance for best practice on ballast water sampling, which provides best practice guidance and a harmonised approach to sampling for compliance in accordance with Article 9 of the IMO Ballast Water Convention 2004.