The members of the CISE Stakeholder Group are principal and alternate expert representatives designated by the Member States. Other members of the group are the Commission, EDA, EFCA, EEAS, EMSA, Frontex and SatCen. The organisations and websites of the CSG members are listed in the file under “More info” below. 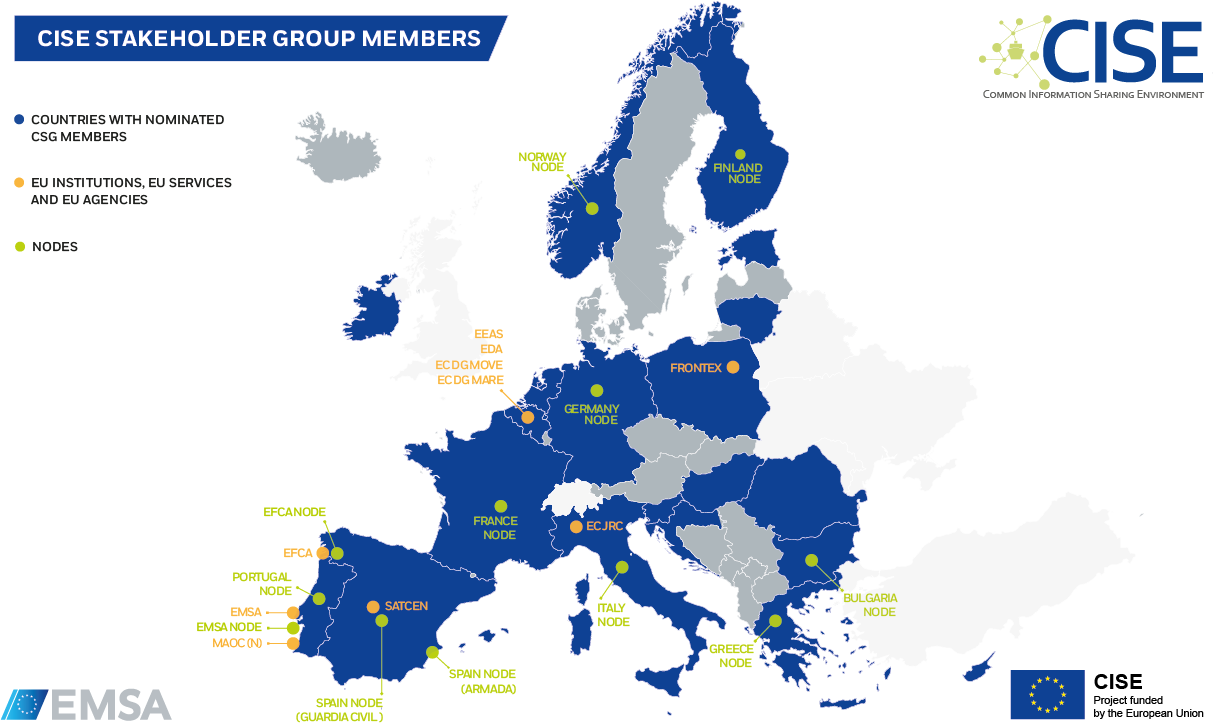 The CISE Stakeholder Group may decide to constitute working groups during the transitional phase.

This working group comprises experts appointed by CSG to be consulted in order to establish the cooperation agreements for sharing information between CISE nodes.

Nominated members to this working group will contribute to define the audit scheme on the exchange of information. This audit scheme will support those participating in the CISE network to implement the responsibility to share principle. ​

The Configuration Board Working Group.

This working group comprises experts appointed by CSG to be consulted in case there is a request of changes in the common and core software. The CSG members that do not have the node implemented can appoint an expert with the role of observer. Node Owners and Node Administrators are also considered part of this working group. In addition, experts taking part of the CISE Test Campaigns and experts supporting the Security Study are part of subgroups to this working group.

Members of the CISE Stakeholder Group and working groups have been given access to the collaborative platform.