In 2018, as the EUCISE2020 project was coming to an end, the Commission set the grounds to prepare for the full implementation of CISE and to support the transition into operations. The Commission proposed to involve EMSA for setting up and coordinating the actions envisaged for the transitional phase. The transitional phase was discussed with the Member States, several agencies and the EEAS during the 19th, 20th and 21st meeting of The Member States Experts Sub-Group on the Integration of Maritime Security and Surveillance (MSeG). 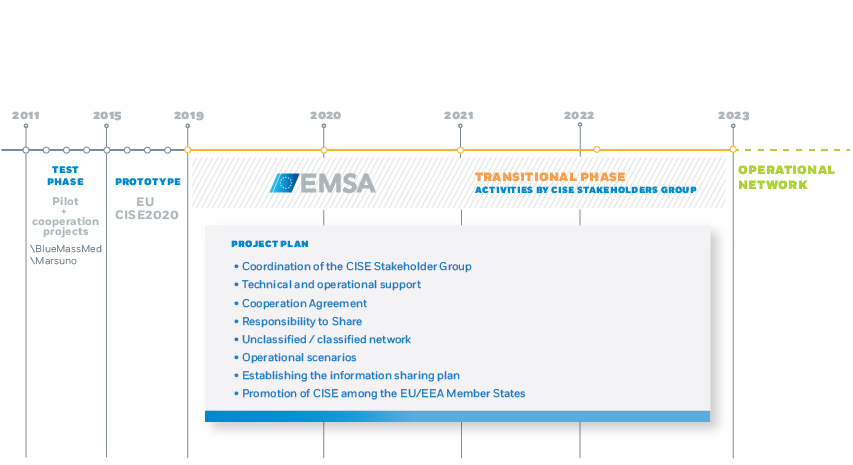 During the 6th CSG meeting DG MARE informed that the transitional phase has been extended to December 2023.

The governance structure of CISE for the transitional phase is defined in the document "CISE Transitional Phase: Governance Structure”.

The main objectives of the transitional phase, according to document "CISE Transitional Phase: Activities" are to: