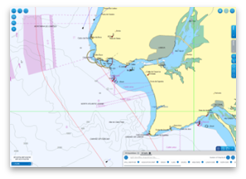 Oil pollution from vessels can occur either because of deliberate operational discharges or because of accidental spills. CleanSeaNet was initially set up to assist coastal states in the location and identification of illegal pollution, but has an important role to play in helping identify and monitor pollution in all circumstances.

Ships (including oil tankers, but also other sorts of ships) produce oily waste in the course of their normal operations. Typical examples of the type of waste produced include:

This waste then needs to be disposed of. Discharge at sea of a limited amount of oily residue is permitted in some sea areas, which varies according to the type of waste and type of ship. However, discharges are very strictly regulated within 50 nm of land, and in areas designated as 'Special Areas' by the International Maritime Organization (MARPOL Annex 1). Special areas in Europe include North West European waters, the Baltic Sea, the Mediterranean Sea, and the Black Sea. In general, and particularly in these areas, ships are expected to store waste in slops tanks, and dispose of it in Port Reception Facilities when they arrive in port.

Although the shipping industry has a substantial number of very responsible ship owners and operators, some are motivated to deliberately pollute the sea for several reasons:

Consequently, if unscrupulous operators believe that they are unlikely to be spotted, or if they believe that the consequences of being caught are not significant enough to deter them, they will continue with their illegal discharges. The CleanSeaNet service can be used in conjunction with national resources of a participating state to increase the likelihood of catching polluters.

Accidents can also cause substantial quantities of oil to be spilt; shipping accidents are thought to make up 36% of the oil entering the marine environment because of shipping activity. Every year, hundreds of ships are involved in accidents such as collisions, groundings or on board incidents such as explosions. Large oil spills also generate considerable media attention and public concern, and have been major drivers for legislation to support the prevention of marine pollution. Two of the most significant incidents are described below:

The oil tanker Erika, carrying about 30 000 tonnes of heavy fuel oil as cargo, broke in two in a severe storm on 11 December 1999, about 60 nm off the coast of Brittany in Northwest France. The bow sank on 12 December, followed by the stern on 13 December. An estimated 20 000 tonnes of cargo was lost to the sea.

The oil tanker Prestige burst one of its twelve tanks during a storm on the 13 November 2002, while transiting off the coast of Galicia, Spain. In the morning of 15 November, the vessel broke in two and sank, located 140 nautical miles west of Vigo, Spain. It is estimated that in total 63 000 tonnes of oil was released into the marine environment.

In both cases, oil recovery vessels were sent to assist in recovery of oil, but for a variety of reasons had limited success. From these two incidents, as well as other spills, it is clear that inadequate surveillance of the sea areas concerned can hinder oil recovery operations. Satellite monitoring could have helped to locate heavy concentrations of oil, to follow the movement of the oil as it spread, and to ensure that specialised oil recovery vessels could be directed appropriately.

CleanSeaNet has an important role to play in the case of a major accidental oil spill in EU or adjacent waters, through the provision of analysed satellite radar images of the affected area. (EMSA also manages a fleet of stand-by response vessels to assist in pollution recovery).

In the case of a major oil spill disaster in European seas and adjacent waters, EMSA, through the CleanSeaNet service, cooperates with the International Charter (Space and Major Disasters) for the rapid access to satellite imagery and information products over the areas affected by or at risk of serious pollution.

This cooperation, in recognition of EMSA's operational role and competency in the provision of satellite imagery for marine oil spill monitoring and detection in Europe, will ensure the fast and efficient delivery to EMSA of all relevant satellite images and information products made available through the framework of the Charter. In the case of a major oil spill disaster in European seas or adjacent waters, EMSA will act as a coordination point, using in-house expertise and contractual arrangements with satellite operators and service providers to rapidly download information to ground stations in Europe and to further process and analyse the data. In this way the Agency can derive comprehensive results to best support affected member states and the European Commission in the overall response chain.

As part of its operational role within the Community Mechanism for Civil Protection, the EU Monitoring and Information Centre (MIC) acts as the unique gateway for the European Community to activate the Charter to supply data, during periods of crisis, in response to 'natural or technological disasters...providing a basis for critical information for the anticipation and management of potential crises'. The MIC (which is run by the Humanitarian Aid department of the European Commission, ECHO) remains the sole Authorised User for all Charter activations on behalf of the European Community, including oil spill disasters in European and non-European seas.

CleanSeaNet is a recognised Global Monitoring for Environment and Security (GMES) service, with core and downstream components, and forms part of the GMES framework. EMSA will further strengthen its relationship with the European Space Agency (ESA) through involvement in the GMES programme, and will ensure the connection of CleanSeaNet with other marine GMES services. This will enable EMSA to make use of available operational GMES data to complement the CleanSeaNet data sets provided to member states on a routine basis and on request.

The GMES framework also provides the Agency with access to further radar and optical satellite imagery for covering emergency situations.